Although her name sounds quite Italian and thus might suggest otherwise, Maria La Verda was born on May 22, 1958 in Breda, the Netherlands.

Maria la Verda is a well-known name in her hometown Tilburg. Maria's energy packed in a striking, well-groomed appearance makes her presence loved. Wherever 'La Verda' goes, there is commotion, cheerfulness and a touch of excitement. La Verda is one of the few Tilburg divas.
Even before leaving art school, Maria la Verda made a name for herself in fashion. Operating under her own design label 'Dessini' Maria released an impressive line of jewelry and clothing in a style that can best be described as 'Punk Chic'.
Later on, Maria la Verda built her own design bag company, but above all and always Maria is a truly dedicated artist.

While painting, La Verda takes you on her travels through Italy, France and Spain. She shares her observations in a generous, colorful way. In one painting you're standing on a jetty on the shore of Lac d'Annecy in France to enjoy the impressive Massif des Bauges where Maria la Verda, witness the lady with iPhone, captures the zeitgeist very well. While in the other painting Maria takes you to one of the world's most beautiful coasts, the Italian Amalfi Coast on the Tyrrhenian Sea. A moment of tranquility on the busy, winding Via Nastro Azzurro. The wind is only a faint sea breeze, the lemon trees hold the promise of lavishly poured Limoncello.

Although sometimes painted with rough strokes and large surfaces, Maria la Verda's canvases are lifelike. You relive the adventures, feel the blistering heat on your skin, hear the sea rustle and smell the pine trees. 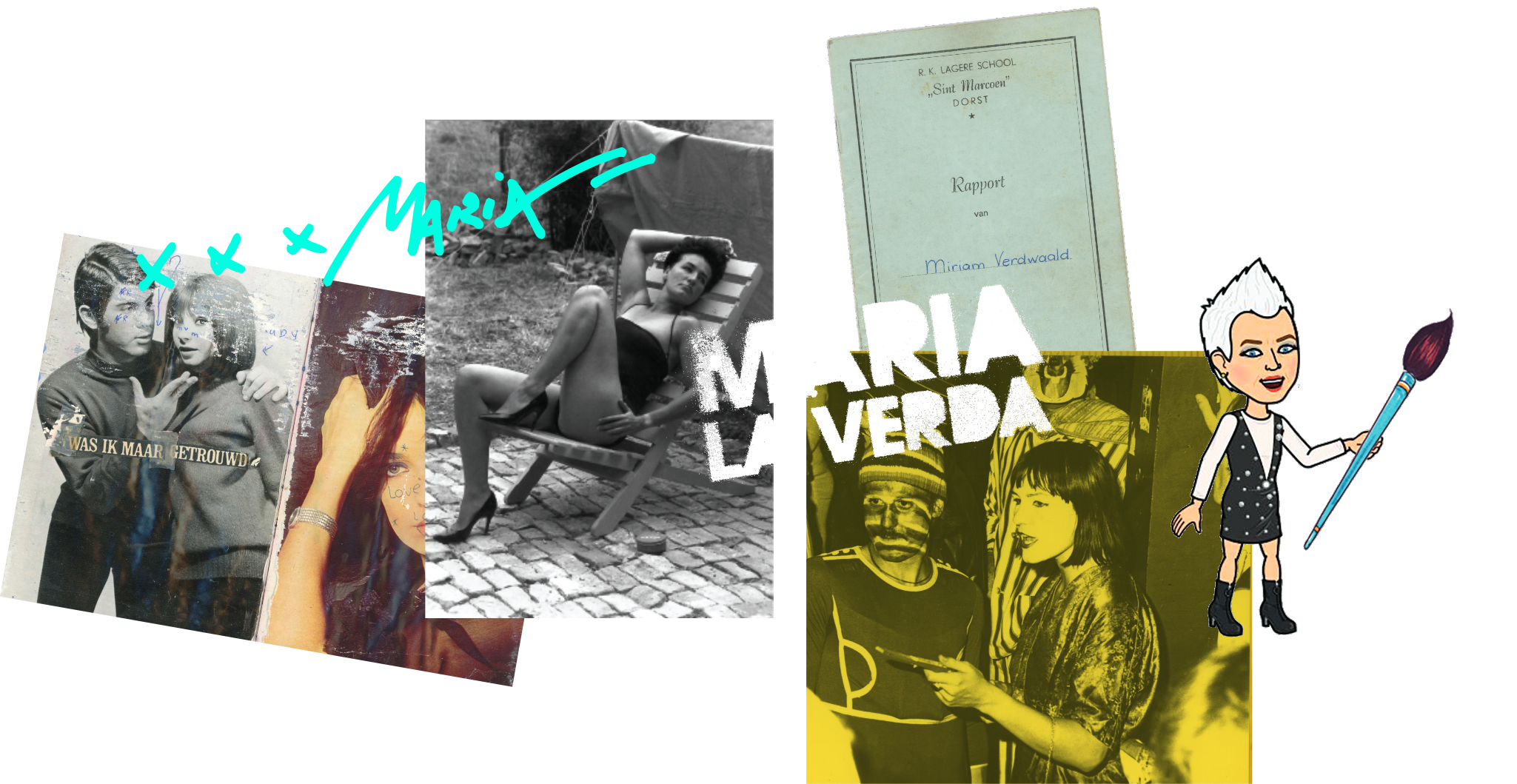